Skip to content
Posted on March 28, 2017June 6, 2017 by casslennox Posted in musingsTagged asexuality

This post ties into a two-part post on writing realistic asexual characters I wrote for the lovely Adan Ramie (Part One, Part Two). As always, this reflects my view of things, so, you know, take with a grain of salt like everything else on the internet.

I like to think the majority of people hear about asexuality and go “I don’t see what the big deal is” and that’s all there is to it. Which is great! It shouldn’t be a big deal. However, a lot of nuance and reflection gets lost in that lack of a big deal. If you’re a writer, or someone seeking to understand asexuality in a deeper way, you might be reading this and thinking, “Hey, I get it. I do. Different strokes for different folks – and none for you right? Got it. I don’t see what the big deal is about not having sex. This will be easy.”

Well, yes and no. Asexuality isn’t about having or not having sex, it’s about lack of sexual attraction, and how that then impacts relationships with others. This doesn’t necessarily mean your character has sex, as plenty of asexual people do have sex. Plenty also don’t. It’s a personal choice, and it’s usually a complicated one that’s reached through lots of reflection (and sometimes experience). The majority of people seeking to understand asexuality can handle the sex/lack of sex part (I hope). That’s not the big deal.

The big deal (as I see it) about asexuality is how it’s related to wider cultural expectations and deeply-held ideals about human sexuality. Hold onto your socks, this is going to get deep and long.

, many people don’t grow up with nuanced, realistic understandings about sex, sexuality, and how relationships can work. (Those who do – you’re so lucky.) What tends to happen is that people grow up with ideals and expectations of what sex and sexuality ‘should’ be, and how sex and relationships should interact. These can be different depending on where you live in the world, but honestly, even within any given country or culture, there’s a lot of variance depending on the family and community a person grows up in.

I grew up in fairly politically and socially moderate Western circles so the ideas around sex that I took in, for example, are things like:

This seems pretty positive on the surface, and there are some good points in there, but there are also problematic assumptions underlying those statements. I’ll be here all day if I wanted to unpick every single point, but here’re a few:

There are other kinds of messages about sex that people take in. Some people grow up in a culture that says things like:

The point is, everyone grows up with a set of expectations around sex, implicit and explicit, and everyone internalises them, for better or for worse.

Everyone struggles with them. I do mean everyone.

Some of these expectations are helpful, some are not. Some will fit with a person’s sexuality, others will not. The majority of people spend their lives unpicking the toxic crap and learning to embrace the parts of them that don’t chime with what they’ve been taught is normal. For asexuals, the basic assumption – ie that sex/sexual attraction WILL happen and is a universal experience – is absent. Here’s the thing about generalisations:

they are not absolute truths, but people tend to internalise them as though they are and measure themselves against an ideal that doesn’t exist. There is no such thing as normal.

Your asexual character, depending on who they are and their place in the spectrum, will struggle with different parts of this. For example, something I struggled with was that sex is necessary for a good, healthy relationship, and that a relationship without sex is never going to last. Something aromantic aces may struggle with: sex and romantic love are necessary for a good, healthy relationship, and a relationship without sex and romantic love is never going to last. One of the underlying assumptions about a lot of the above is that romance is implicit in the idea of a successful relationship. Something else aromantic (and others, now that I think about it) people struggle with: that you must have a romantic relationship at all to be happy. You will notice there is no statement above saying “You can live a life without a romantic partner, and without sex, and still be happy.”

So (here in the West) we live in a society that, for better or worse, sometimes feels saturated in sex and romantic expectations. Sex sells stuff it maybe shouldn’t, like cars. And pungent body spray.

Eat quinoa/kale/gold/magic berries to be healthy and sexy. Be sexy to find your lifelong romantic partner. Stay sexy (or rich) to keep your lifelong romantic partner. Once you’re out of the 18-35 disposable income/young and sexy demographic, if you’re not partnered up, you’re a failure and past hope (and advertisers). Romantic comedies (movies) make bank on meet-cutes/hot couples that really, really wouldn’t work in real life. For people who have sexual desire, this is all tapping into something that’s there and understandable (which isn’t to say it’s not hella annoying to those people too). There’s this assumption that sex is an undercurrent to life. It’s not just in advertising, it’s in culture – books, poetry, music, art. Relationships.

Asexuals are, to lesser and greater extents, disconnected from this. There is no sexual attraction for us, therefore sex is not some universal undercurrent to our lives, it’s just not there. And because it’s not there, this means the world around us isn’t for us. To understand and know at a very deep level that you cannot, you absolutely cannot fulfill the expectations programmed into you, and that all that stuff you’ve been brought up to want and to expect as ‘normal’ and ‘natural’ isn’t happening for you (and you’re not 100% sure you want it anyway), is deeply unsettling. It makes you feel you’ve failed before you’ve even had a chance to try. So finding a group of people who say, “Hey, these expectations – a lot of them are bogus. And they’re more like guidelines 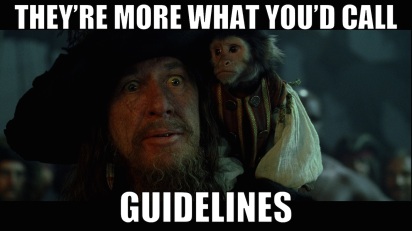 anyway. You don’t have to follow them. You can be happy exactly the way you are without all these sexual expectations” is liberating and exciting and validating as hell. That’s the big deal.

It’s discovering that you run against the grain of culture in a very particular, deep way that seems to really piss (some) people off, and that’s okay.

So, your character: where did they grow up? When did they grow up (these kinds of norms and messages change dramatically over time)? What is their background? What messages did they take in and which ones do they struggle with? What attitudes do they have? Do those attitudes change? Some of these issues are ones that never quite go to rest, no matter how secure in their asexuality a person is. A lot of cultures place a big importance on forming families – romantic love, marriage, sex, kids, not necessarily in that order – and so any person living in that culture and not following the pattern will be fielding questions about those things no matter how old or what orientation they are ie single people, childfree couples, people who don’t seem inclined to date others, and so on. How your character reacts to these is something to consider.

I hope this was insightful. Do your own research, get a wide range of opinions, enjoy your writing journey, yadda yadda hugs for all.

Big thank you to Elyse Springer for feedback on this post!